FINAL EUROPEAN RACE WEEKEND OF 2019 FOR UNITED AUTOSPORTS AT PORTIMAO 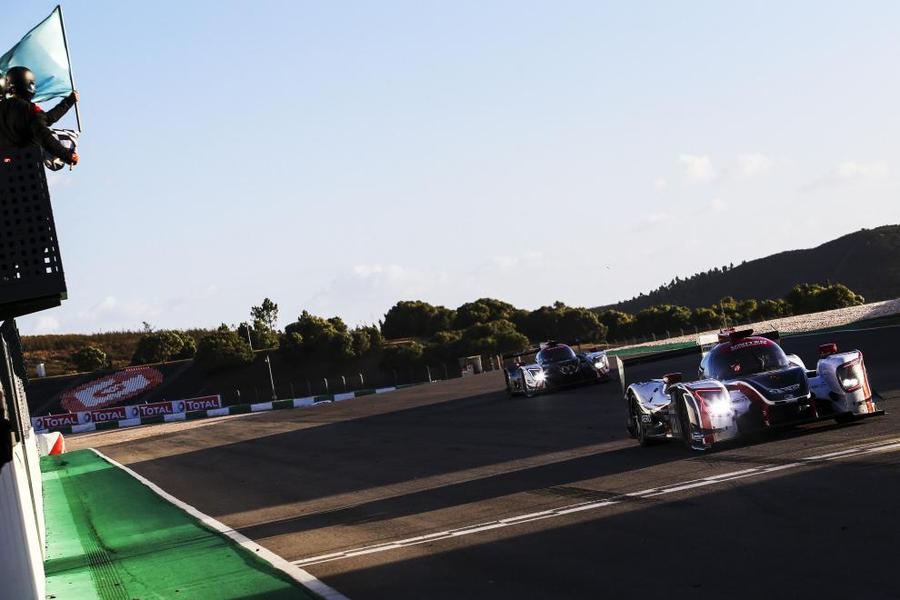 United Autosports make their way to Portimao, Portugal for the final rounds of the European Le Mans Series and Michelin Le Mans Cup this weekend (25-27 October).

The LMP2 team are hoping to continue their good form from the previous round at Spa, where the #22 crew of Phil Hanson and Filipe Albuquerque topped every practice session, qualified on pole and won the race. The duo also won the final race of the 2018 season at Filipe’s home circuit of Portimao. The #32 crew of Alex Brundle, Will Owen and Ryan Cullen are also hoping to perform well after showing promise during their first outing in the Oreca 07 at Spa.

The #2 crew cruelly missed out on scoring vital championship points at Spa after a final corner crash for Tommy Erdos put them out the race. Tommy, along with team mates Wayne Boyd and Garett Grist are aiming for the best finish possible to keep them in sight of third in the LMP3 championship. Meanwhile, Andrew Bentley will once again race alongside Christian England in the #3 Ligier, standing in for Mike Guasch who is recovering at home in America after his Silverstone incident.

The Michelin Le Mans Cup team are hoping to sign off the 2019 season on a high with Jim McGuire and Matt Bell hoping to emulate their 2017 podium finish at Portimao, while Garett Grist and Rob Hodes will also be hoping for a decent result to end their 2019 campaign.

“I’m really excited to get back to Portimao after the success we had there last year winning the race. I think after a really good result in Spa it would be nice to show that we can do the same thing in Portugal. It will be good to finish the ELMS season on a high with another win.”

“I can’t wait to drive in Portimão with our new car, especially after our win in Spa. Last year we had a great race and a great result for the team by winning. The idea is to do exactly the same. For me, there is greater pressure when racing in Portugal, with it being my home race, but the desire to win again will overcome that I’m sure.”

“I’m looking forward to getting to Portimao. It’s one of the rougher tracks of the year but a great layout. I haven’t visited the circuit since Formula 2 testing a few years back. We showed a lot of promise in Spa in terms of pace, losing out to misfortune and the natural new car teething issues, so I’m really excited about what we can achieve as a team with an event under our belts with the new chassis and renewed focus.”

“I have mixed feelings about the race at Portimao. On one hand I’m really excited to be racing there again, but on the other hand it’s the last race of the ELMS season. Looking back on 2019, we enjoyed some good times like the podium at Monza, along with some races where we really got less than we deserved. The end of the season has come far too soon for us, as I feel we are on the rise in performance with the Oreca and Alex, Will and myself are competing where we need to be at the front of the field. I’m really hoping we can carry on with the pace we showed at Spa for the season finale, so we can finish on a well deserved high for everybody.”

“Portimao is one of my favourite tracks on the ELMS calendar. I know the Oreca better now after Spa and I am excited to drive the car again because I know what is possible if we nail the setup. The car we had in Spa was fantastic to drive thanks to a good setup from Jerome [#32 engineer]. We will aim to get to that same sweet spot and maximize our pace. This race is always a bit sad since it is the last race of the year, but I aim to continue with United past this race.”

“This season has gone by super fast. I had the privilege of having two great teammates in Wayne and Tommy and to be back at United Autosports for another season. This year has been so enjoyable with the people we have in our team. Everyone has worked hard and done a great job. I’m sad to see this season come to an end. We can’t win the championship but we can still finish in the top three. We will give it everything at the final round to ensure that happens.”

“I can’t believe the season is coming to a close. Our last race of the 2019 ELMS. It’s been an emotional return to racing for me; I could not have asked for more from United Autosports. It’s been a privilege to have driven the #2 LMP3 machine with two really talented drivers and the United crew have been faultless all year. Going into the last round in Portimao still fighting for third in the championship is a great feeling, especially when you’re 55 and had not raced for nearly a decade. Last time out at Spa didn’t end well, so I am more determined than ever to make up for the disappointment in Belgium. We have a great team behind us and we are aiming for the top step to end the season on a high. Whatever happens in Portimao, big thanks to Richard and Zak for getting me back in a race car and to all who made it possible.”

“It’s hard to believe we are at the final round of the season. It’s flown by. I’m really looking forward to Portimao. It is one of my favourite tracks and I’ve had some pretty good results there over the years with a podium in LMP2 last year and a win in LMP3 the previous year, so hopefully we can finish the year on a high. The season has been a little bit difficult for us at times with a bit of bad luck but we’ve also had some great results with three podiums in a row. Superb work by the boys on the car all year, they haven’t put a foot wrong. Garett and Tommy have both done a fantastic job all year too.”

“I’m excited to be asked back to race with United Autosports for the final round of the ELMS. I’m standing in once again for the injured Mike Guasch, which is a huge shame as it would have been great for him to finish what was shaping up to be a great season with strong performances at each round. I really hope he’s back up to fighting fitness soon. Spa was a tough race and I’m sure we can expect more of the same at Portimao. Christian is a superb teammate and I’m really looking forward to working with him alongside the whole team who did a stellar job at the last round. Our pace was good and I hope we can improve on that for this race."

“I’m not quite sure where this year has gone, but Portimao is a great place to finish off the season in ELMS. I have to say it is one of my favourite circuits and we have gone well here in the past with a win in the final round of the ELMS in 2017. Things just haven’t gone our way this season but we have shown some encouraging speed and I’m sure that we can get on the podium for this final race. Andrew and I will be pushing hard to get a good result for the whole team especially the #3 crew who have done a great job all year. A big thanks to United Autosports for the opportunity to race again this year on some of Europe’s best race tracks.”

“I’m looking forward to our final race of the season at Portimao. We had a good result there in my first year in the Michelin Le Mans Cup with United and I’m looking to repeat that. Hopefully Matt and I will aim to finish the season on a high note.”

“Portimao is the circuit where Jim and I got our first MLMC podium finish so always excited to return and see if we can repeat that, or even go one or two steps better. I think we’ve had a great season, certainly our best so far in terms of competitiveness and speed as a pairing, we’ve just had some bad luck thrown in there too. The lap record at Paul Ricard and top six at Le Mans were definitely the highlights.”

“I see driver’s eyes light up when they talk about racing at Portimao, so I can’t wait to experience it myself. The season went by so fast and although we showed our potential, we didn’t get the results I was hoping for. The first-time experiences at these new circuits has been extraordinary and will certainly be put to good use in years to come. The entire crew have been so excellent all year. A big thank you to you all. We’re looking for a season best result in Portugal.”

“The Le Mans Cup season has come to an end. This was my first year in the Le Mans Cup and I really enjoyed the championship. I can see why so many guys prefer it. Rob has learned a lot this year and United Autosports is a big reason for that. I can’t thank them enough for everything they have done for Rob this year, in his first year in Europe. We’ll be pushing at the last race to get our best result of the season to end on a high note.”

“Another season in the ELMS and Michelin Le Mans Cup is almost over. Thank you to the team and drivers for their hard work all year. It has been tough but we are still competitive so I’m hoping for a good end to the season to set us up for 2020.”

“The final race of the year always comes around quickly and this year is no exception. We have had some good results throughout the year; three podiums in a row for the #2 Ligier JS P3 and then the dominant performance of the #22 at Spa were highlights for me. There’s still more to come and we are hopeful to end the year on a high. It is obviously the final European race for the first generation Ligier LMP3 car at Portimao and we will be sad to see it go. That car has provided us with some of our best results as a team so we are hoping to send her off in style in Portugal.”