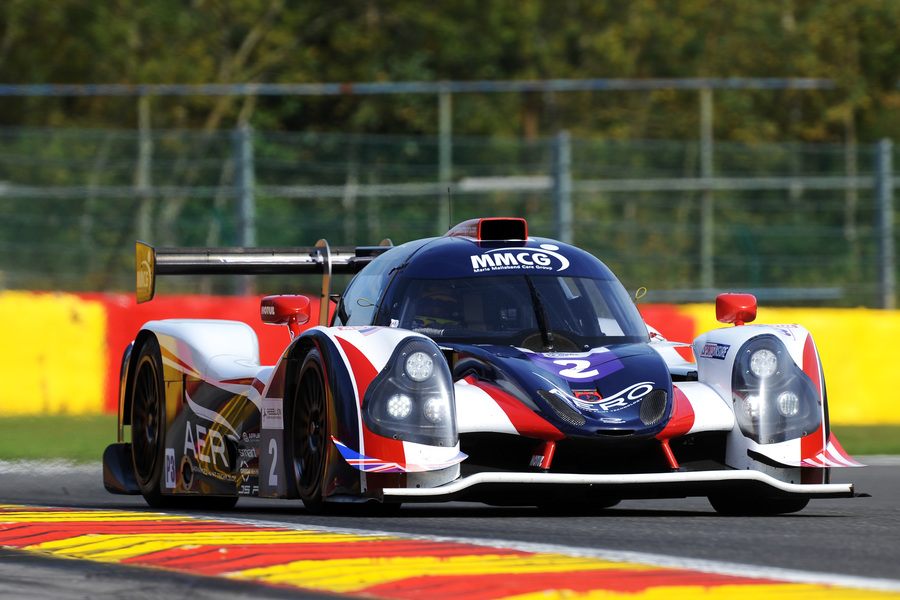 United Autosports make their way to Portimao in Portugal for the final rounds of the European Le Mans Series and the Michelin Le Mans Cup this weekend (21-22 October).

The Anglo-American team head to the Algarve with a chance of winning both the LMP2 and the LMP3 titles, after consistently being in the fight throughout the year.

John Falb and Sean Rayhall lead the LMP3 championship by 19 points from their nearest rivals with the aim of bringing home the LMP3 title for United Autosports, the team’s second consecutive ELMS LMP3 championship.

Although no longer in the fight for the title, Mark Patterson, Wayne Boyd and Christian England will be hoping to end their season on a high after suffering bad luck earlier in the season.

Filipe Albuquerque, Will Owen and Hugo de Sadeleer lie second in the LMP2 standings, trailing the leaders by 18 points. They need to win in order to give themselves the best chance of sealing the title on the team’s LMP2 debut.

Jim McGuire and Matt Bell scored their best Michelin Le Mans Cup result of the season so far last time out at Spa Francorchamps, finishing sixth around the demanding Belgian circuit. Richard Meins and Shaun Lynn also had a good weekend, until clutch damage after a spin for Richard put them out of the race. Both pairings will be hoping to finish the year off well at Portimao.

The ELMS 4 Hours of Portimao will be held on Sunday 22nd October at 13:00, with the Michelin Le Mans Cup race staged earlier that morning at 09:00. 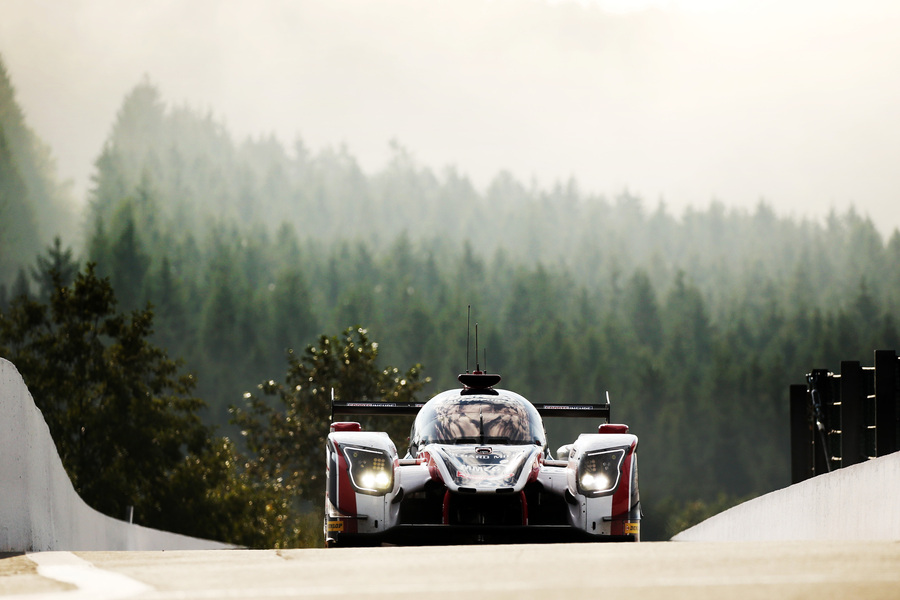 “I’m pumped about getting to Portimao, the roller coaster of race tracks. The sweeping elevation changes make this track a favourite of mine – it’s a pleasure to drive fast. Heading into the last race of the season is bittersweet. We have had a spectacular year and I have really enjoyed the racing. Leading the championship is a huge bonus but it won't change our strategy. We will stick to the plan and hope to find ourselves with a great result.”

“I'm looking forward to the last round of the ELMS season. It's been a great year so far and hopefully we can bring United Autosports another trophy home."

“It’s been a great season with consistent top five results except for two races where we twice lost the car in under 15 minutes of the green flag. Portimao is loaded with great driving challenges - ours is to find out where they’re hiding the podium.”

“I can’t believe we're going into the last round already. The year has flown by. We might not have had the results we were capable of and we’ve had some very frustrating races but we certainly enjoyed ourselves as a team. As for Portimao, I've raced there once before in 2009 British F3 and we also had a test there earlier this year. I’ve always really enjoyed driving there – it’s a proper drivers track with some blind corners. Hopefully we can turn our luck around and end the season on a high.”

“I’m looking forward to getting back in the car for the last race of the ELMS championship at Portimao. It will be an interesting race having personally never raced there before and also having a three-day pre-season test there completely rained off. Our season has not exactly gone to plan this year having suffered some really frustrating bad luck out of our control. The last race at spa at least we finished but like most races this year, we had the pace to win and didn’t. I’m hoping we can finish the championship off with a win for our car, everyone involved has put in a tremendous amount of work and effort and a win will be greatly deserved.”

“Racing in Portimao for me is pretty special because it is where our season started (with testing) and now it is where we will end it. No matter what the results are everyone on the team can look back over the year and realise how much they improved since that very first test in Portimao. We will need to have some luck on our side to win the LMP2 championship this year, but either way we will be happy with our achievements. The championship isn't over until the chequered flag drops so we remain completely focused until then.”

"I think we can be proud of what we've achieved so far this season. I wasn't expecting to win my first endurance race, let alone to be battling for the championship. Fortunately, we are in contention for the championship, 19 points clear from third and fully focused on winning the last race of the season."

“I can’t wait for the team to come race in my home country and to race around Portimão. There’s a lot of factors to take into account to help us win the championship, but our goal is the same - to win the race. Portimão is a track that suits our car better than the last two races, so we are confident we can get a good result. Only after we secure a good result can we see where we finish in the championship. A win in my country would make me very happy.”

“Our AERO-painted Ligier JS P3 has been stellar all season. It has been an amazing year driving for United Autosports. The crew has been exceptional all season getting the car ready for every race. With Portimao being the final race of the championship, we’re going to take the fight there, equipped with nearly a full season of wisdom, and a great looking car. The AERO Sustainable Paint Technology really helps us minimize our impact on the environment, while giving the car a great appearance. That’s good for the sponsors, good for the media and good for the fans. I’m really thrilled to bring this package to Portimao and finish out the Championship, and start to look at 2018.”

“The last time I raced at Portimao was with United back in 2010 or 2011 and I have fond memories of our first year scoring a podium there with Zak [Brown, Team Owner]. So I’m looking forward to going back there. It’s a very challenging circuit but always rewarding when you nail a good lap. It will be more hard work for Jim because of the nature of the circuit but the test day in the week leading up to the race weekend should give him plenty of track time.”

“Portimao is going to be a new circuit to me - I usually associate the Algarve with a round of golf. It looks like it could be a real challenge but also enjoyable, plenty of undulation changes and it looks to be quite wide so that should help make passing easier. It's been an amazing year doing the Michelin Le Mans Cup - great circuits, a fabulous team and good racing in a truly awesome car. Our confidence has grown with each outing and we have been really encouraged to more than hold our own against some good pairings. Thanks to Richard Dean and all at United Autosports for putting together a great package and helping me to be as best prepared as possible. Also thanks to my co-driver Shaun - I reckon we have made a great pairing despite being one of the oldest combinations on the grid.”

“I’m really looking forward to racing at Portimao. I can’t believe the season has come to an end already, it has gone so fast. I’m really pleased with the progress Richard and I have made, so thank you to the team for getting us where we are now. Let’s go out on a high for the final round!”

“I can’t wait to see how we get on in Portimao. We are in the fight for two championship titles, which shows how consistent we have been all year. To say we are in the hunt for the LMP2 title on our debut is pretty impressive and the LMP3 team has just been fantastic all year, keeping us in contention for retaining our championship, which is great.”

“I’m really proud of what the team has achieved this year and it isn’t over yet! We’ve proven to be strong in our LMP2 debut and shown that we are still front runners in LMP3 in our second year. We are certainly very focused on the job in hand and definitely not complacent as we still have a lot of work to do. However, it is hard not to have our eye on the potential of a championship win in Portugal. To win the LMP3 title for a second year in a row would be a fantastic achievement for the whole team, especially as the competition has gone up a level this year. I’m looking forward to seeing how our Michelin Le Mans Cup guys get on too. I’m hoping they are going to end the year on a high too. I’ve seen so much improvement with Richard, Shaun and Jim that I have no doubt they could get a fantastic result at Portimao.”