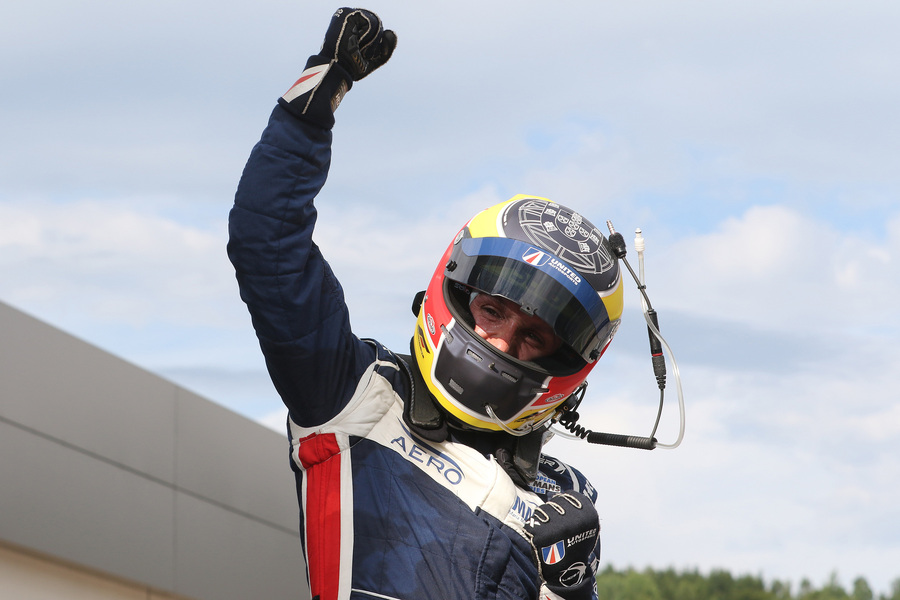 United Autosports have confirmed that Filipe Albuquerque will return to the team for their 2018 season.

The Portuguese driver will race alongside Phil Hanson in the 2018 European Le Mans Series and, subject to an entry being confirmed, the Le Mans 24 Hours.

Filipe first joined the team at the beginning of 2017 as they embarked on their maiden year in LMP2. Filipe has been a pivotal part of the team, educating young drivers, Will Owen and Hugo de Sadeleer through their first year in prototypes. Filipe is hoping to do the same with 18-year-old Phil Hanson, who will be his team mate for 2018.

Filipe will race alongside Phil in the European Le Mans Series, except for the opening round at Paul Ricard in April, where Filipe will be racing for IMSA team Action Express in the US. United Autosports will find a replacement driver to race alongside Phil for the opening round. Filipe will also join Phil for the 24 Hours of Le Mans in June, subject to the team’s entry being confirmed. They will be joined by a third driver who is still to be announced.

In 2017, Filipe helped steer the LMP2 team to second in the LMP2 and overall European Le Mans Series championship in their debut year, including wins at Silverstone and Red Bull Ring. He was also part of the Le Mans 24 Hours team, finishing fifth overall and fourth in the LMP2 class.

“I’m really happy to be able to continue working with United Autosports. I have found a real family here and it was amazing to be working with them in 2017. When they proposed that we should work together again in 2018, I was excited, especially as they have managed to combine their ELMS programme with my IMSA commitments so we will be aiming for the championship win. Phil Hanson will be fantastic – he has some experience already in the ELMS and he has raced at Le Mans. We will be covering a lot of points in testing to make him faster and faster. I’m really happy to be with the team again – I will be working really hard to get the title for them in 2018.”

“I’m really pleased we’ve managed to retain Filipe for the 2018 season. He’s been an important part of United Autosports in 2017 so to continue with him for a second year is fantastic. He will continue to pass on his invaluable knowledge to Phil and I think the pair will work really well together.”

“Our younger drivers and the team as a whole has benefitted from having Filipe with us this year, so to be able to run him for a second year makes perfect sense to us. Although he will be racing with a new team mate in Phil Hanson, I’m sure they will both work well together and Phil will be able to benefit from Filipe’s knowledge as Will Owen and Hugo de Sadeleer have. I can’t wait to get started on 2018 now.”