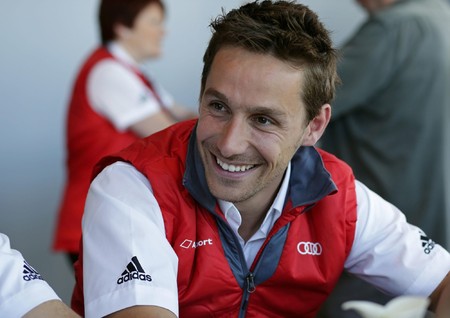 United Autosports have confirmed that professional driver Filipe Albuquerque will join their LMP2 team for the 2017 European Le Mans Series.

The Portuguese driver will join American Will Owen and Swiss-born Hugo de Sadeleer in the team’s Ligier JS P217.

In 2010, Filipe moved into GT3 and sports car racing, becoming an Audi Sport Factory Driver in 2011. In 2013, he won the Daytona 24 Hours in the GTD class. Filipe has also raced in the Spa 24 Hours, the Blancpain Endurance Series, DTM, the A1 Grand Prix, the 12 Hours of Sebring, the World Endurance Championship (WEC) and the European Le Mans Series (ELMS). Most recently Filipe raced in the 2017 Rolex 24 Hours of Daytona.

The 2016 ELMS LMP3 Champions will also be entering the 2017 Le Mans 24 Hours, the guaranteed entry included as part of their championship prize. Will Owen and Hugo de Sadeleer have already been announced as part of the Le Mans driver line up, with the third driver still to be confirmed.

The team will be testing this weekend at Portimao, Portugal as they begin their pre-season testing programme. All eight of the team’s ELMS drivers will be in attendance, including their LMP3 drivers John Falb, Sean Rayhall, Mark Patterson, Wayne Boyd and Christian England, with the 2016 champions working hard to defend their championship title.

The European Le Mans Series begins with the official Prologue at Monza, Italy on 28-29 March.

“I am really happy to join United Autosports. They are a very experienced team – they won the LMP3 ELMS last year so they really know what they are doing. This year will be my third ELMS season. I have been close to winning it before and I will work hard to make it happen this year especially finishing again in Portugal at a track that I really like.

“I am looking forward to working with two young guns. I already know Will as he tested with me at Bahrain last year and he was very fast. It will be a challenge for him to learn all the tracks but I am sure I can guide him well as we did at the rookie test. As for Hugo, he comes from Formula Renault, a series that I know very well, so it will be beneficial to him knowing all the tracks. He will have to deal with all the traps that an endurance race has but I am confident he will do fine too. I am optimistic about our Ligier JS P217 chassis. I have already done some testing and development, of course the competition will be hard but I think Ligier have done a great job on this car.”

“It’s great that a very experienced, race-winning driver like Filipe has committed to the team for our LMP2 ELMS challenge. We have a really strong line up in our LMP2 car now and I’m looking forward to seeing how we get on. The two LMP3 line ups are just as strong so I’m feeling confident going into 2017.”

“We have been chasing a top line experienced and proven race winner to complete our line up in LMP2. Filipe is everything we have been looking for. His ability to bring on our two exciting young prospects was a key factor in this decision. It is such an exciting time for United Autosports but we have a lot to learn in LMP2 for both the Le Mans 24 Hours and the ELMS. Having Filipe in our team is reassuring and confidence inspiring and I think shows our intentions to attack 2017 in the same way we did LMP3 in 2016”.