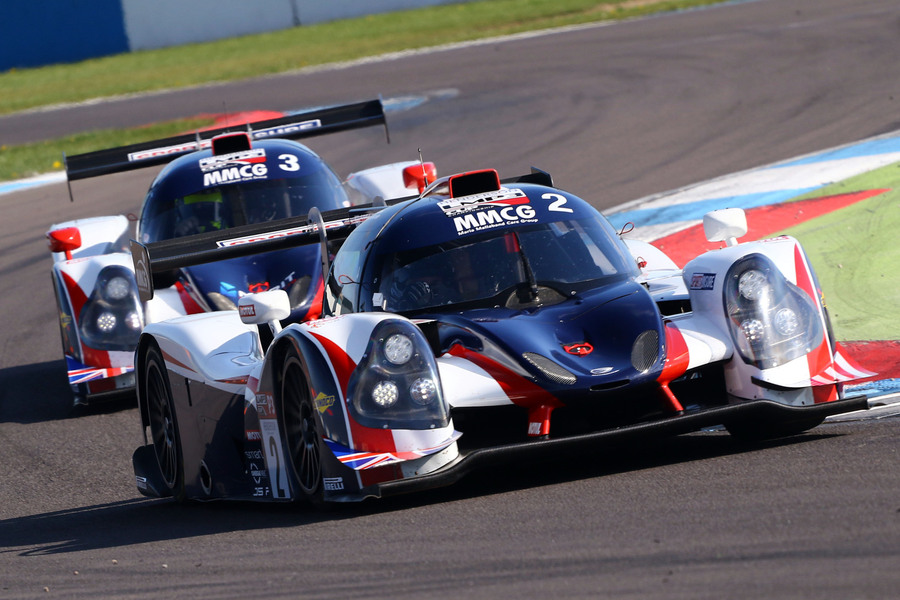 United Autosports will be racing in the second round of the Henderson Insurance LMP3 Cup Championship this weekend round the famous Brands Hatch Grand Prix circuit (20-21 May).

CJ Wilson will rejoin the team to race alongside fellow American, Andrew Evans in the #2 Ligier JS P3, where the former baseball star will make his LMP3 race debut at the Kent-based circuit.

Tony Wells and Matt Bell will be hoping to build on their success in the opening round at Donington Park, where they finished second after suffering a slow puncture and then a tyre blow out in the first race.

"In the past few months since my initial test with United Autosports, I have been doing a lot of training behind the wheel. Although the GT3 Cup car I’ve been racing is a different car altogether, the amount of seat time and racing I've done has definitely helped me improve since the last time I was in an LMP3 car. All this adds up to me being very excited about my first race in the Ligier JS P3.

"I'm going to rely heavily on the team for tips on Brands Hatch since I’ve never been before. That's the best part about having teammates - more input and more data to analyse. From my simulator time, Brands Hatch seems to play pretty well into the Ligier's strengths with very aggressive corners so it should be fun."

"I'm excited to join my teammate, and fellow American, CJ Wilson, in our first race together at Brands Hatch. The series has already proven to have a very competitive field. I'm anxious to get back in the Ligier JS P3 car and go wheel-to-wheel with these talented drivers. CJ and I have done several days of testing together and work well as a pair so it should be a great race weekend!"

“Coming off a great event in Monza and win in Michelin Le Mans Cup – I’m eager to repeat the feat at this weekend’s second round of the Henderson Insurance LMP3 Cup Championship at Brands Hatch. The GP circuit is one of my favourite tracks and the place of my first ever pole in a Radical in 2011. Repeating that and translating it into wins with Matt this weekend has to be the goal.”

“Brands Hatch is one of Britain’s most iconic circuits so it’s always good to be racing round there. It will be my first time driving any sort of car with downforce round Brands Hatch so it will be an interesting experience. We had a good weekend at Donington but are looking to make the jump up to the top step with what we learnt from that weekend.”

“I’m looking forward to the second round of the Henderson Insurance LMP3 Cup Championship. The first event at Donington Park was great and the grid is shaping up nicely for the Brands Hatch round too. Matt and Tony had a good weekend at Donington so hopefully they can make it up one step of the podium at Brands.”