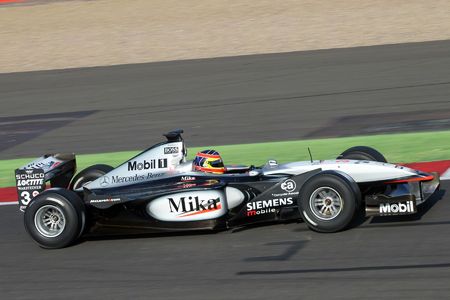 The 2001 British Grand Prix winning McLaren of double former World Formula One Champion Mika Häkkinen has taken to the track once again. The Mercedes-Benz powered McLaren MP4-16A was the car with which the McLaren team competed in the 2001 Formula One season.

United Autosports co-owner Zak Brown shook down the Adrian Newey-designed McLaren yesterday (10 Sep) at Silverstone after a 12-month restoration at the McLaren Heritage. This particular chassis (07) was raced exclusively by 1998 & ‘99 world champion Häkkinen.

Having started from the front row of the grid, the “Flying Finn” scored his penultimate F1 career race victory in this specific chassis at Silverstone in July 2001 and recorded top-six placings in the European, Hungarian and Belgium Grands Prix that year. Despite winning the British and Japanese Grands Prix, Häkkinen elected to retire from F1 at the end of that season.

“I was super excited to drive Mika’s 2001 British Grand Prix winning MP4-16. It was a special moment for me as I’ve always been a massive fan of McLaren and Mika as a driver. Experiences like this makes me wish I was a F1 driver but at least I get a little taste of it. I’m so lucky and privileged to have great friends at McLaren who allowed me to get my hands on this car for my collection. There’s only two West F1 McLarens in private hands now. Mine and some guy named Adrian Newey has the other!” 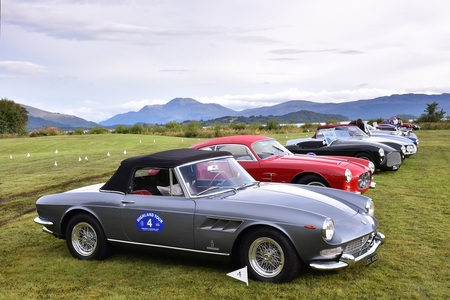 Zak Brown returned from a memorable two-day “Highland Tour of Scotland” along with driving partner Dario Franchitti – an event that concluded with a Concours of Elegance at the Palace of Holyroodhouse in Edinburgh (4-6 Sep). Scotland native Dario, a four-time IndyCar Series champion and three-time winner of the famous Indianapolis 500, was the ideal companion for Zak in the latter’s ultra-rare 1965 Ferrari 275 GTS around the scenic 200-mile route.

West Lothian-born Franchitti and Brown, Group CEO of CSM Sport & Entertainment, had shared the driving of the 155mph 275 GTS roadcar in a convoy of almost 60 cars. Zak, who attended the Italian Grand Prix immediately after the event in Scotland, also had his 1982 Lamborghini Countach 5000S on show at the Palace. The Concours also paid tribute to Sir Jackie Stewart who is managed by Just Marketing International (JMI), an agency founded by Brown and that was acquired by CSM in 2013.

“The Ferrari never missed a beat and driving it on Scotland’s beautiful roads was tremendously enjoyable and a load of fun. The event was very well organised and I really enjoyed hanging out with two ‘home grown’ legends, Sir Jackie [Stewart] and Dario [Franchitti]. It was an event where I made many new friends with who I share a common passion of cars with and I’m already looking forward to being involved in next year’s stunning event.”