United Autosports return to the GT Cup this weekend (19-20 September) as the championship heads to Donington Park for the penultimate rounds of the season. 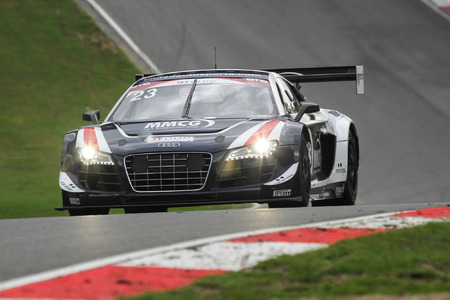 Phil Burgan is aiming for his first win of 2015 after coming close to victory last time out at Brands Hatch. Phil is hoping to improve on his five second-place finishes so far this season, by reaching the top step of the podium this weekend.

The Audi R8 LMS ultra suits Donington Park very well, due to the heavy breaking zones around the 2.4-mile, Leicestershire-based track. United Autosports also have a history of racing well at Donington, after winning the 2013 British GT Championship season finale with the Audi, and scoring a third place finish at the same event in 2014. In 2012, the team won and came third, with their two McLaren MP4-12C GT3s at Donington.

“Donington has never really been my favourite track but I do like the left/right onto the long loop and it does suit our car really well, so hopefully we will have a better weekend than the one we had at the beginning of the year when we had the worst weekend possible. I’m looking forward to getting back in the car and racing again after a five week lay-off.”

“Historically, the Audi runs well at Donington so fingers crossed we can get a good result. Phil has had a lot more time in the car since our first trip to Donington at the beginning of the year so I’m confident he can be up at the top fighting for the win.”