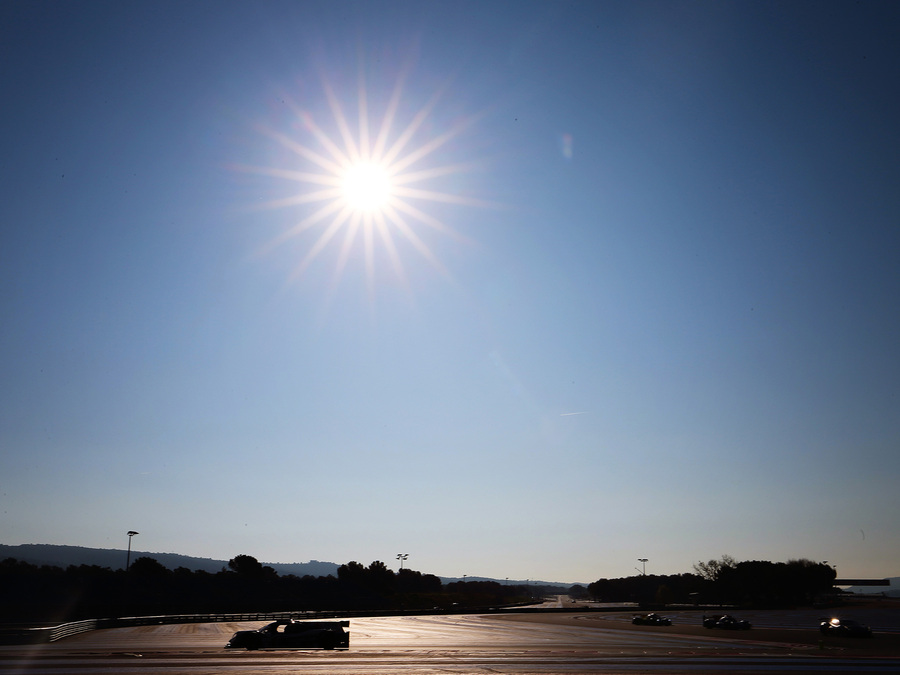 United Autosports faced a difficult opening race of the 2019 European Le Mans Series at Paul Ricard today (14 April), but came away with a top-six finish in both LMP2 and LMP3 in the 4 Hours of Le Castellet ELMS season opener.

After showing good pace in the official prologue held earlier in the week and both free practice sessions, all four teams were feeling positive heading into qualifying and the race weekend.

Alex Brundle in the #32 Ligier JS P217 posted the quickest time for the team during qualifying, with a third-place qualifying positon. Paul Di Resta qualified sixth in the #22 Ligier JS P217. The #2 Ligier JS P3 of Wayne Boyd qualified ninth with Christian England struggling in 14th place due to a lack of running this weekend after some technical difficulties and wet weather in the practice sessions.

The 4 Hours of Le Castellet began at 12:30 on Saturday afternoon in sunny conditions. Phil Hanson, Ryan Cullen, Garett Grist and Christian England were tasked with starting the race.

Starting from sixth, Phil Hanson dropped to seventh on the first lap and had difficulty getting through traffic. Settling into a rhythm, he held on until the pit window and was first to pit in the #22 at 40 minutes for fuel and a left rear tyre. Once Phil rejoined the track he set about catching team mate, Ryan in the #32, who had pitted one lap later than him for fuel only. Phil caught and passed former United driver, John Falb before catching and passing Ryan to take seventh place. The pair ran seventh and eighth for the remainder of the stint before pitting again – this time both drivers taking on fuel and four tyres. At mid-distance the #22 was running fourth and the #32 seventh. During Ryan’s final stint he picked up a drive through penalty for overtaking another car outside track limits. Shortly before serving the penalty he also spun after pushing to close the gap to the cars in front. After serving his penalty, he pitted on the next lap to hand over to Alex Brundle who remained in the #32 Ligier JS P217 until the end. After two hours and 40 minutes, Paul Di Resta, who was filling in for Filipe Albuquerque this weekend, got in the #22 Ligier as Phil pitted and handed the car over to him. Paul pitted for fuel half way through his drive time and made his way back out to finish the race in fifth. Unfortunately with five minutes of the race remaining, both Paul and Alex picked up left rear punctures meaning they both had an unscheduled stop losing them positions. Ultimately Paul crossed the line sixth and Alex 13th.

Garett and Christian both made good starts in the #2 and #3 Ligier JS P3s as the race got underway. Christian, starting from the back of the LMP3 field after a difficult qualifying session made up two places to run 11th. Garett reported that he was hit by an LMP2 car during his stint but luckily there was no serious damage caused. The LMP3 team pitted at the one hour mark, Christian staying on board the #3, but Garett handed the #2 over to Wayne Boyd for the second hour of the race. Christian was once again struggling with straight line speed, while Wayne Boyd made up places before pitting once again at mid-distance. Wayne handed the Ligier over to Tommy Erdos who was making a return to racing after a nine-year break. Christian also pitted just after the half way point of the race, handing over to Mike Guasch. Mike set about catching the cars in front of him, pitting for his final fuel stop and returning to the track in the #3 Ligier JS P3. Both Tommy and Mike showed impressive and competitive bronze driver pace Tommy holding P6 and Mike coming from 11th to eighth at the chequered flag.

In United Autosports’ fourth year of racing in the ELMS, this is only the third time one of their cars has not been on the podium. The team now move onto the second round of the ELMS and Michelin Le Mans Cup at Monza on 10-12 May.

Phil Hanson (GB), driver car #22, United Autosports:
Born/Lives: London, UK. Age: 19
“I think generally there’s a disappointed vibe in the team now. It was a shame for me as I struggled to fight with the other cars during the race and it cost me crucially. I was held up battling with a car that was defending and not being able to get close enough to him on the straight. Then we got the puncture when in fifth which dropped Paul down a place. Apart from that we were generally quite quick and consistent. We will have to do a lot of work before Monza to hopefully improve our positions.”

Paul Di Resta (GB), driver car #22, United Autosports:
Born: Scotland, UK Lives: Monaco. Age: 32
“I don’t think it was the most plain sailing race for the first couple of hours. I think we had as much pace as we thought we had but I think if we had been up at the front then we would have been battling with the leaders but we are never quick enough on this track with the package we’ve got and then I got the puncture with only a few minutes to go so lost fifth place. It’s points and I think that’s the main thing. It’s over to Phil and Filipe now for the rest of the championship. I enjoyed the weekend and it’s given me chance to try the Michelin tyre before heading to Le Mans.”

Alex Brundle (GB), driver car #32, United Autosports:
Born: Kings Lynn, UK. Lives: London, UK. Age: 28
“The race certainly wasn’t the result we hoped for. A couple of events put us out of positon but I think we struggled for pace, especially against the Orecas in a straight line. A very difficult day. We were positive yesterday after a decent qualifying performance but we need to find out how to improve the car if we are going to convert that into a Sunday afternoon result, so that’s what we will go away and do.”

Ryan Cullen (GB), driver car #32, United Autosports:
Born: Weston-Super-Mare, UK. Lives: Bristol, UK. Age: 28
“I had a good start and I just tried to keep the consistent laps with the guys in front. It was a good fight for the top six. It was a great experience though and I learnt a lot and we can take that onto Monza.”

Garett Grist (CAN), driver car #2, United Autosports:
Born: St. Catherine’s, Canada. Lives: Grimsby, Canada. Age: 24
“It definitely wasn’t the best race. I think as a team overall we expected a better result than P6. I had a good start, gained a spot or two. I felt I was being held up and I felt like I had better pace and could run with the lead pack. Then it felt like I lost the car but it turns out I had a left front going down. I got hit by a P2 car as well. Sixth isn’t horrible but it’s not what we expect.”

Tommy Erdos (BRA), driver car #2, United Autosports:
Born: Rio de Janeiro, Brazil. Lives: Milton Keynes, UK. Age: 55
“It’s great to be back racing, especially with such a great team, with a great atmosphere. I’m just sorry we couldn’t give the team a better result. We were really pumped up for it and everybody’s working so hard. We’ve got a great line up that can provide some good results but today just wasn’t meant to be. But we are learning and working well together and it’s only a matter of time before we get it.”

Wayne Boyd (GB), driver car #2, United Autosports:
Born: Belfast, Northern Ireland. Lives: Templepatrick, Northern Ireland. Age: 28
“Obviously we wanted to finish better than sixth but we improved two places from where we started to take decent points in the first race. We always knew this race was going to be difficult for us but we will move onto the next one and work on a few things and hopefully be fighting for a podium”

Mike Guasch (US), driver car #3, United Autosports:
Born: Palo Alto, USA. Lives: Martinez, USA. Age: 61
“It’s nice to be back with the team. We’ve had a rough week. It was my first race in a P3 car in Europe for a while so I was just trying to get back up to speed. We had a few issues but we sorted through them all. We didn’t finish where we would have liked to have finished but we will take it from here and work on things at Monza.”

Christian England (GB), driver car #3, United Autosports:
Born: Barnsley, UK. Lives: Huddersfield, UK. Age: 37
“The race result wasn’t too bad in the end. We’ve had a difficult week but we got through it and finished P8. We will regroup and head to Monza and hopefully have a better weekend there.”

Zak Brown, Team Owner and Chairman, United Autosports:
“The ELMS team struggled today but still scored points which is valuable towards the championship. We knew Paul Ricard wasn’t going to be our strongest track, so we will head to Monza with the aim of improving.”

Richard Dean, Team Owner and Managing Director, United Autosports:
“Very disappointed. Paul Ricard doesn’t seem to give us any favours. I think the pace in the P2 cars was good enough for perhaps a podium, but everything had to fall right for us and it just didn’t. Punctures and penalties, so a top six was the best we could do there. LMP3 was a similar story. Bad qualifying and we managed to get a top six out of that. It’s not disastrous but it’s not the start we dreamt of. We’ve been good at Monza in the past so we will set the reset button and off we go.”