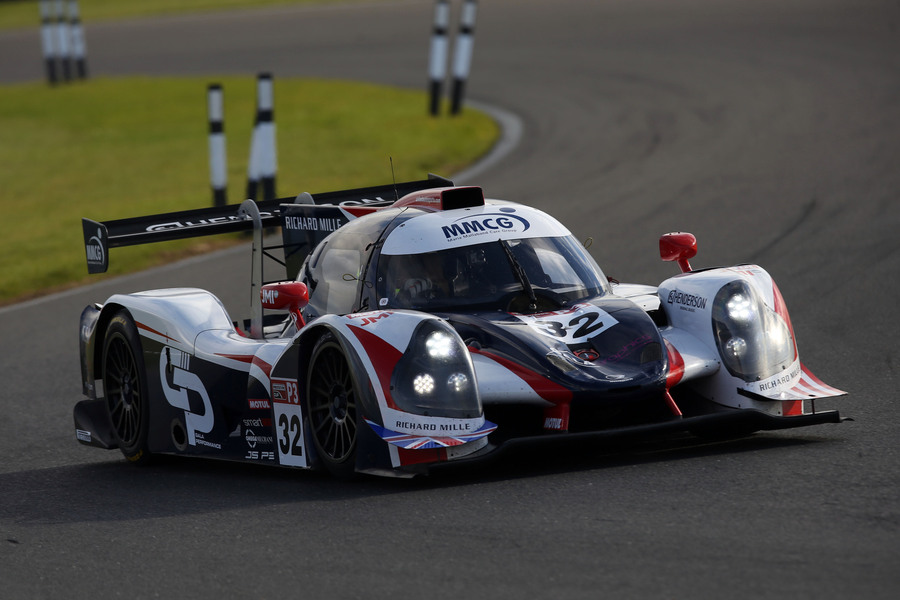 Guy Cosmo and Patrick Byrne will return to United Autosports for the 2017 running of the Gulf 12 Hours. The American duo will be joined by GT racer, Mike Benham in the team’s third Ligier JS P3.

Guy and Patrick last raced for the team in the inaugural LMP3 Cup race at Snetterton at the end of 2016. Guy also previously raced for United Autosports at the very first Road to Le Mans event in June 2016, finishing fifth. Patrick and Guy are currently racing a Ligier JS P3 in the Asian Le Mans Series for the Jackie Chan DC Racing/JOTA Sport team and finished third in the opening race at Zhuhai, China.

Mike has been racing in the International GT Open for the last two years in a McLaren 650S GT3 car. He has also competed in the GT Cup and selected rounds of the Michelin Le Mans Cup. He tested a Ligier JS P3 with United Autosports last month at Paul Ricard, alongside usual co-driver Duncan Tappy. The Gulf 12 Hours however will mark the first time Mike has raced a sports prototype.

Guy, Patrick and Mike are to be joined by a fourth driver for the Gulf 12 Hours, who will be announced soon. United Autosports have already revealed their other line ups, with Richard Meins, Shaun Lynn and Jim McGuire piloting the #23 Ligier JS P3 and Johnny Mowlem, Bon Grimes and Tony Wells racing together in the Red River Sport Ligier.

“My very first experience with United Autosports at Le Mans was second to none, so any opportunity to rejoin this group comes without hesitation. The Gulf 12 Hours is an iconic event that’s been on my radar for years now, so I’m thrilled for the opportunity to finally experience this race with my super-teammate Patrick Byrne. I’ve never been to the UAE so I’m equally excited for the travel and cultural experience, but make no mistake, Patrick and I have one goal and that is to win the Gulf 12 Hours. We haven’t met our teammates yet but have heard great things about them both. We look forward to coming together as a team, and with our respected friends and proven winners at United Autosports, we’ll have the ultimate opportunity for success in this race.”

“I am thrilled to be teaming up with the championship winning United Autosports once again, this time driving in the prestigious and demanding Gulf 12 Hours. Prototype endurance racing, in my opinion, is the perfect way to experience the iconic Yas Marina circuit. I cannot say enough about United and Guy Cosmo, my current teammate in the Asian Le Mans Series, and past teammate at United Autosports for the inaugural UK LMP3 Cup. Our new driver line-up, combined with the exemplary high-calibre United Autosports, should give us the combination we need to master Yas Marina and ultimately climb the podium.”

“I hugely enjoyed the LMP3 test at Paul Ricard – both the car and indeed working with the personnel in the team, so I was keen to take the earliest opportunity to compete under the United Autosports banner. I am very much looking forward to being in a car which could easily be in the hunt for a win on the famous Yas Marina circuit.”

“I’m thrilled Guy and Patrick will be joining us for the Gulf 12 Hours. They are always fun to have around, so welcoming them back to the United family will be fantastic. We will have Mike joining them for his first race in an LMP3 car and his first race with the team. He tested the car with us at Paul Ricard a few weeks ago and quickly got to grips with it so I think we will have a strong line up going into the 12 hours.”