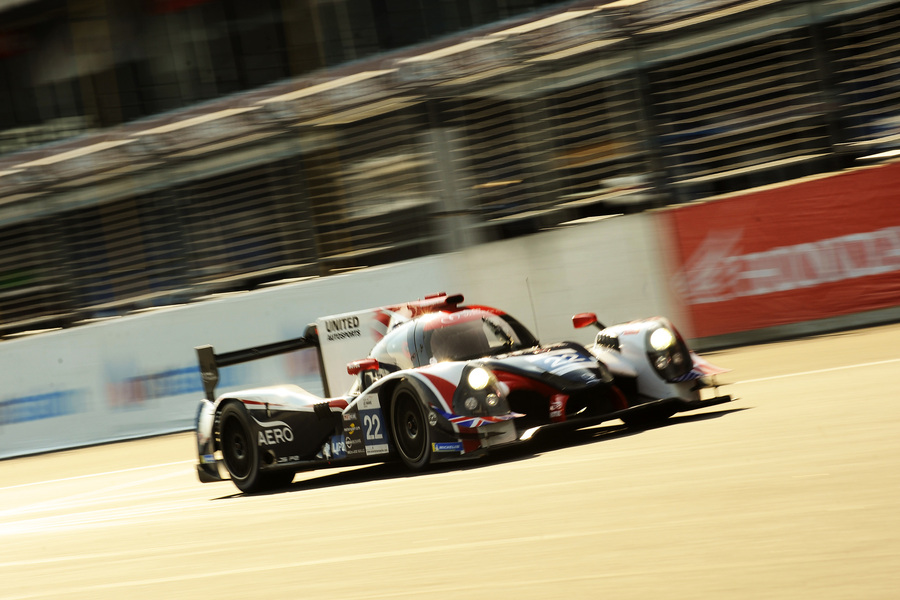 United Autosports make their way to Sepang, Malaysia this weekend for the final round of the 2018/2019 Asian Le Mans Series.

The Anglo American team are currently leading the championship by 18 points to their nearest rivals with Phil Hanson and Paul Di Resta in the #22 Ligier JS P2. The #23 crew of Guy Cosmo, Patrick Byrne and Salih Yoluc are now lying second in the LMP2 Am class after a difficult weekend in Buriram last time out. They need to close the nine-point deficit to the team ahead and score well to come away with the championship win in Malaysia.

The LMP3 team are currently lying second and third in the standings, with the #2 crew of Wayne Boyd, Garett Grist and Chris Buncombe eight points behind the class leaders after closing the gap with a win in Thailand. The #3 team of Kay van Berlo, Jim McGuire and Matt Bell are a further 11 points behind their team mates as they head into the final round after some bad luck in Thailand but a win in Fuji.

“I’m looking forward to finishing off the season on a high as it has been a series with ups and downs, winning at our weakest race whilst being unlucky with some unforeseen circumstances when we were looking strong. But I hope to finish the season off on a high and tie up the championship and gain the crucial points needed to win and more importantly gain the Le Mans entry.”

“We are coming to the last round of the season and we have had a good year so far with a win and two second places. There’s still some work to do but the aim is to try and secure this championship at Sepang. We will be dealing with similar conditions as in Thailand but we just need to replicate the result. The progression with Phil has been good and I’ve been enjoying working with him. The Asian Le Mans Series has been good preparation for the year ahead.”

“This is it, the final showdown. One final race to bring home all the glory or all the misery. We’ve led the points until our last race in Thailand and now it’s time to put together all aspects of our performances, everything we’ve learned and put them into one flawless, unbeatable effort. This championship has flown by so quickly it’s hard to imagine we’re heading into the final race; I feel like we’ve really only just got into the groove of racing the Ligier JS P2 and battling our competition. With our nine-point deficit in the championship we are showing up to go all out and bring everything we have, as we’ve got nothing to lose. It’s been a remarkable ride so far with Patrick, Salih and United Autosports in this fantastic series. I plan to savour every lap and every experience this weekend, but first and foremost, I’ll be fully focused on maximising our performance in every way. We are here to win, and I can’t wait to get started."

“Heading into Malaysia we find ourselves with a nine point deficit in the championship. We have nothing to lose now and everything to gain. It’s a very similar situation to last year when we led the entire championship until the very last round where we clinched the title because of the outstanding performance of the entire team. I don’t see how this year is any different or more challenging. That said, Malaysia is the most difficult circuit physically, mentally and mechanically. The driver and engine compartments will undergo extremely high temperatures leaving room for fatigue from the driver or a failure mechanically. In the series thus far, Guy has not been able to show his true talent due to the lack of performance in our engine and the corresponding fuel saving strategy. I believe Malaysia will be different where Guy’s full potential will be unleashed and together with Salih, we can push for a first place finish. The amount of time we have spent preparing will absolutely pay off for this final round of the Asian Le Mans Series. I am very much looking forward to rising to this ultimate challenge.”

“We will try to do our best to finish on a high by wining our class and hopefully maybe get an overall podium as well like we did in Shanghai. For the championship, it is not in our hands at the moment so we'll just try to do our bit and see what happens.”

“Malaysia is a big weekend for us. We’re second in the championship points with a great shot at bringing home a title. We executed perfectly in Thailand and we will need to do that again to be able to win. Everyone on the team has been doing a great job and working hard. Wayne and Chris have been doing an amazing job. I’m looking forward to getting to work.”

“It’s great to be heading into the final round of the championship off the back of a win last time out in Thailand. We are still in with a chance of the championship win so we will be aiming for a repeat of Buriram. Although I’ve been to Sepang before, I’ve never driven the track so it’s another new venue for me to find my way around but I’m looking forward to jumping back in the car and fighting as hard as we can.”

“I’m really excited for the last round in Sepang. I’ve never been there before but we’ve got some testing beforehand so we will be able to learn the circuit, which looks really good. It’s a very important race for us. It’s the final round and we are sitting second in the championship so we are definitely fighting to win the series. If we can go into this round with the same sort of pace we had from all three of us in Thailand I don’t see why we can’t fight for the win – that’s definitely our goal.”

"The 2018-19 Asian Le Mans Series has been a bit crazy for me. Having missed a race due to a work commitment and the few technical issues we’ve experienced on track. But I'm excited to take our AERO-painted Ligier JS P3 to Sepang for the final round of the season. It's been great driving with Matt and Kay and working with the rest of the team. We're heading out into the Malaysian heat for a few hours of tough racing. Should be a blast."

“Sepang is the only circuit on the calendar I am yet to race at so I’m looking forward to adding another top-level circuit to my memory bank. We will be targeting the podium we should have had in Buriram and hopefully that’ll secure us a top three in the championship. It would be a great way to end the series.

“The Asian Le Mans Series has been one big rollercoaster so far. Fifth in Shanghai, the win in Fuji and almost podium in Buriram. I can’t wait to fight again for a podium in Sepang, especially after the podium loss in Buriram. I was surprised by our speed in Thailand and I am sure we can do the same thing again Sepang. It’s strange to think it’s already the final round of the Asian Le Mans Series. The season went by so quickly. Let’s try to finish the season on high, bring it on.”

“We are heading into the final round of the Asian Le Mans Series in a strong position in LMP2. We are also well placed for the LMP2 Am and LMP3 titles but anything could happen so we just need to stay focussed and do our best to come away with some championship titles.”

“It’s been a good debut in the Asian Le Mans Series for United Autosports. We have been on the podium at each race and scored four wins so far. We are hoping to score some more wins in Sepang to bring home the three titles we are still in contention for. The plan doesn’t change – we are still as focussed as ever to do the best job we can.”