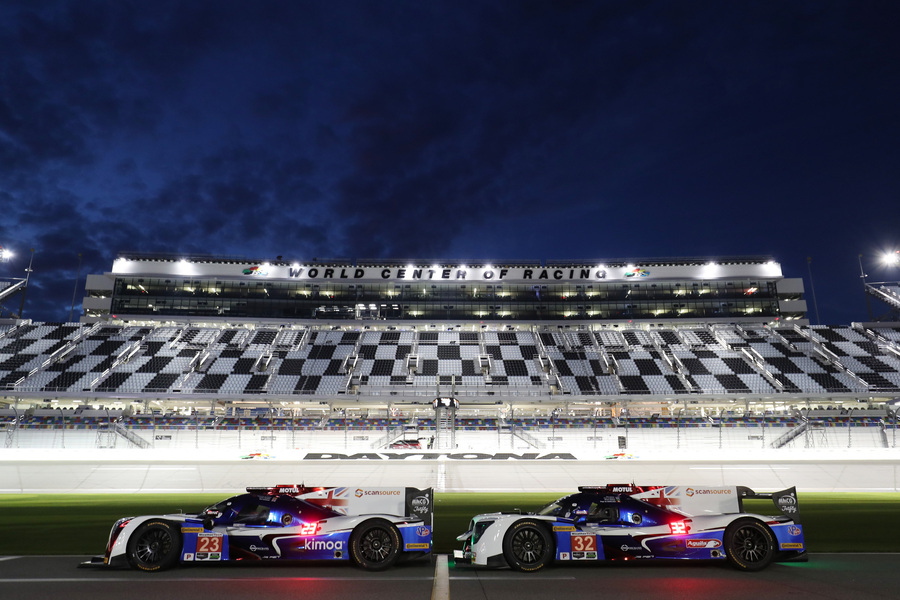 United Autosports adds another chapter to its already impressive nine-year racing history when the double European sports-prototype championship winning outfit competes in the Rolex 24 At Daytona as a stand-alone team for the first-time next weekend (27-28 Jan). The Anglo-American outfit enters North America’s premier sportscar race with its two Ligier JS P217 LMP2 sports-prototypes vying for overall honours in the top class and with a seven-driver squad who can boast multiple championship title success globally.

The event in Florida, taking place for the 56th time, is staged on the 3.6-mile, 12-turn Daytona International Speedway. The unique circuit features a steep “banked oval” plus infield section with average lap times of over 130mph. Depending on the weather and the number of on-track incidents, the winning car is likely to clock up almost 3,000-miles.

“We’re heading to Daytona aiming for a top-five race finish. It’s a long and very hard race with a quality 50-car entry. Most teams have many years of Rolex and Daytona race experience to help them. We’ll need everything aligned to achieve that kind of result and while we’ve quickly achieved success in Europe, Richard and I are under no illusion it’s going to be a very tough weekend. But that’s what all of us at United thrive on and we’re all very excited to be racing in the Rolex at the weekend.”

“I’m excited to be starting our 2018 programme off at Daytona. The Rolex 24 comes very early in the season but I am extremely optimistic for the weekend. We have an incredibly strong driver line-up in what looks likely to be one of the most fiercely competitive and contested Daytona 24 Hour races in recent history. So it’s hugely exciting for United Autosports to be a part of this great, famous historic event again having partnered with Mike [Shank] in 2011 when we finished fourth.”