Autodromo di Monza up next for United Autosports 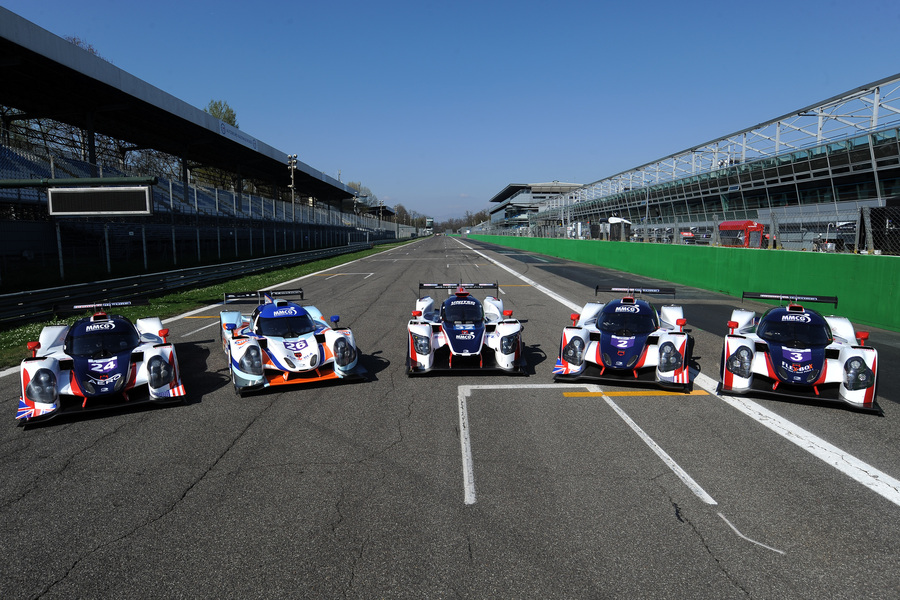 United Autosports make their way to Monza, Italy for the second round of the European Le Mans Series this weekend (13-14 May).

Fresh from their double win and triple podium at Silverstone, the reigning ELMS LMP3 Champions are hoping for a repeat of the success at their home race last month.

The #32 Ligier JS P217, driven by Will Owen, Hugo de Sadeleer and Filipe Albuquerque brought home a win for United Autosports in their LMP2 debut after a closely fought battle during the latter stages of the race. The team’s success also marked the first win for the Ligier JS P217 and the first for the new generation of LMP2 cars.

United Autosports will also be making their debut in the 2017 Michelin Le Mans Cup with two Ligier JS P3s at Monza. Richard Meins and Shaun Lynn will pilot the Gulf Marine-liveried Ligier, with Jim McGuire and Matt Bell behind the wheel of the AERO Ligier.

“I am excited to get back to Monza after a successful prologue and first round of the season. We are working well with the team and will be pushing hard to improve. Monza has much longer straights but slower corners than Silverstone requiring heavy braking and good corner exits, which are critical for speed down the next straight. Monza is also a narrower track so traffic could be more of a factor.”

“I'm extremely excited to get to Monza with United Autosports and my team-mate John Falb! Coming off a dream weekend at Silverstone, we know it's going to take a lot of work to get back on the podium in this competitive field, but I believe in our team.”

“Magnificent Monza...essentially a series of Italian drag strips separated by some of the most devilish corners in the world. Really looking forward to racing there again - our team is very focused on attaining another podium spot after Silverstone's good result. That and another pizza.”

“I’ve never raced at Monza before but we had a great test last month so hopefully we can turn that into a good result for us. At Silverstone we didn’t get to show our true pace after a few uncontrollable issues but still made the podium so our aim has to be to get the win at Monza.”

“I absolutely can’t wait to get back to Monza. I always like going to Italy and I really enjoyed Imola last year so I’m looking forward to Monza just as much. We had a really good Prologue there a few weeks back where all three of us performed well. It’s a fantastic, quick, old school circuit so I’m really looking forward to it.”

“It’s almost race time again! I feel well prepared going into Monza especially because we had a productive test there in March. It’s a nice feeling to know a track going into the race weekend, but this won't always be the case this year. The win in Silverstone was a nice boost in confidence, but I know everyone on the team is pushing even harder now. The ELMS championship is the main focus and every race counts.”

“Monza is one of the classics this season. We were lucky enough to have had the prologue there, which went well, so I’m confident that we will finish with a good result and hopefully keep the lead from Silverstone. Monza gives some unique racing that requires a lot of well thought out strategy due to the drafting and overtaking possibilities. Last year I finished fourth in Formula Renault after some great battles for second. Hopefully the racing will be as good as the food.”

“After our win in Silverstone everyone in the team is highly motivated which is great, but race wins bring responsibility so we have to keep working hard to keep showing our performance. In the Prologue, the Ligier was the fastest although I know the competition is closing in. We just completed a night session test at Magny Cours, which was very good to keep fine-tuning more details. It was good to see that Hugo and Will are much more familiarised with the car as they are getting faster and faster each time we go out.”

“I’m really excited for my first ever race in Europe and additionally for it to be at Monza with United Autosports, in a Ligier LMP3 - it is beyond awesome. I’m afraid I might wake up and find out all of this is has just been an incredible dream.”

“I’m excited to be racing in the Michelin Le Mans Cup alongside Jim. There’s some very serious line ups to contend with so that should be quite fun. The test we did at Monza went well - Jim got to grips with the circuit and I got some good running there so I think we can go there quite confident. The main thing is getting some track time for Jim and getting him back into the flow of the circuit and we can go from there.”

“Monza is one of my all-time favourite circuits. I have raced there a number of times over the years and we had the pre-season test in March so I am really looking forward to our first race weekend. It’s a high-speed circuit that should really suit the LMP3 car. Shaun and I have a tough job against some very competitive teams, but we will get our heads down and see what we can do with the help of a great team behind us.”

“I’m really looking forward to the first round of the Michelin Le Mans Cup. We tested at Monza last month so we know the circuit and both Richard and I have done quite a few miles in the Ligier JS P3 now so I’m feeling positive going into the first round.”

“We are feeling positive heading into the second round of the ELMS, especially on the back of two wins at Silverstone. However, we can’t be complacent, there’s a lot of hard work to do to keep us at the top. Monza should be a good location for the opening round of the Michelin Le Mans Cup too. It’s great the LMP3 cars have now been included in those races.”

“Heading into the race weekend at Monza everything is now reset after our success at Silverstone. In both classes the competition is strong so we can’t afford to celebrate for too long! We have good line ups in all three of our ELMS cars, so there’s no reason why we should be aiming for good results. The Michelin Le Mans Cup gets underway at Monza after adding the LMP3 cars into the mix for the first time. I’m looking forward to seeing what the competition is like there too.”