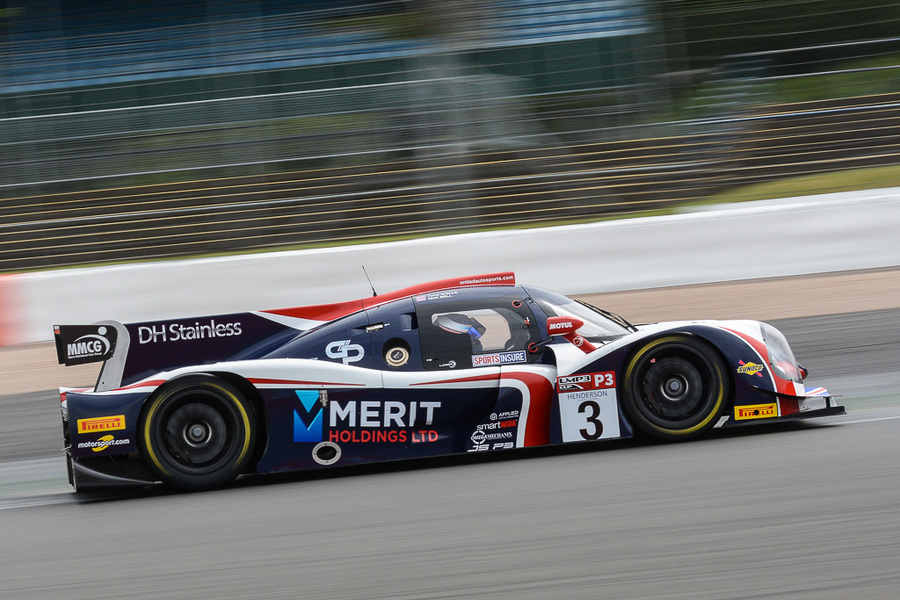 Christian England and Andrew Evans finished fourth in race two at Silverstone after Christian qualified the #2 Ligier on pole position earlier in the day. Tony Wells lined up alongside Christian on the front row of the grid for Sunday’s race after a great performance in qualifying. The pair held first and second place for the majority of their stints until solo silver driver, Callan O’Keeffe passed them both. Crucially, Tony managed to pull a gap over championship rival Alasdair McCaig in the Ecurie Ecosse car before he pitted and handed the car over to Matt Bell at the half way point. Matt maintained that lead and took the chequered flag for the third time this season.

In race one on Saturday, Christian qualified second, but lined up on pole after a penalty for the pole sitter, and held the lead to the pit stops. Tony started fourth and drove a great stint to hand the car over to Matt, ultimately finishing second.

Tony and Matt remain second in the Henderson Insurance LMP3 Cup Championship, behind the Ecurie Ecosse duo of Colin Noble and Alasdair McCaig. The next rounds of the championship will be held at Snetterton, Norfolk on 12-13 August.

“I’ve really enjoyed my weekend – any chance to drive the United Autosports LMP3 car is great. I really like the format of the LMP3 Cup weekends – the two qualifying sessions and two one hour races. And I get to do the qualifying sessions as the bronze driver, which is great. Andrew did really well too, his pace improved throughout the whole weekend, which will help him out with CJ [Wilson] at Snetteron and then I’ll be back in the car at Donington Park for the final round.”

“It’s great driving the LMP3 car and racing alongside Christian again. He did a great job in qualifying. I think I improved my pace in the car over the weekend, so I’m pleased with how it went. Overall I wish we could have got a podium but that’s our goal for the rest of the season.”

“I’ve had a good weekend. I finally broke my duck of not having a good weekend at Silverstone. Six years of trying and eventually a win here. We had two podiums and I was happy with today’s qualifying so some more good results with the team.”

“We’ve had another good weekend. Tony handed the car over to me in great positions, especially today’s race. He was ahead of our main championship rivals, which was good. I put my head down and got a bit of a gap and maintained the gap till the end of the race.”

“It was another great weekend for United Autosports. First and second place in the races for Matt and Tony keeps us in the title race, and pole position for Christian and Andrew shows that both cars have the pace to be at the front. We'll be doing some testing ahead of the next round at Snetterton and our aim is to get both cars on the podium.”