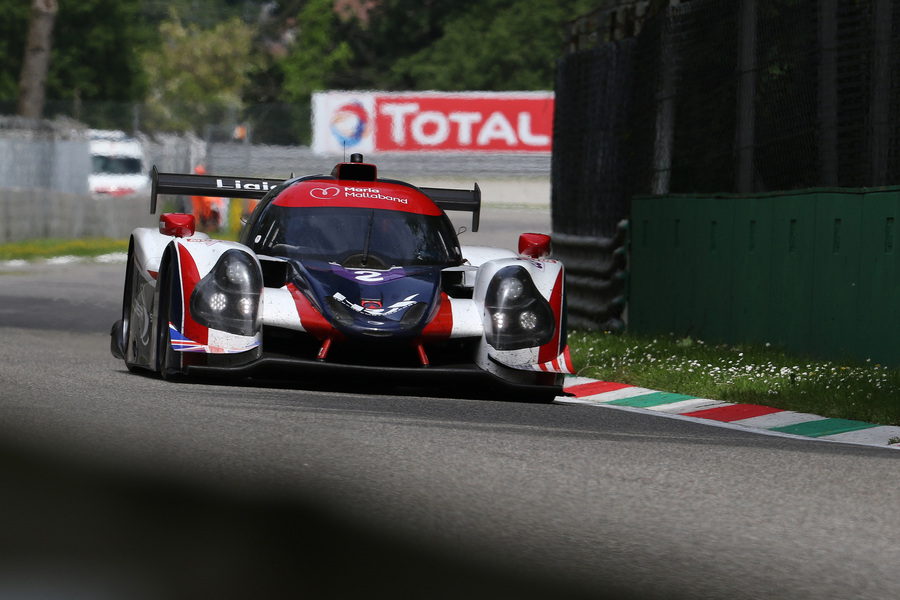 United Autosports are preparing for the third round of the European Le Mans Series and the fourth round of the Michelin Le Mans Cup this weekend at Barcelona (19-20 July).

The 4 Hours of Barcelona marks the first time United Autosports will race modern day sports cars at the Circuit de Barcelona-Catalunya, the only previous time the team have raced there was earlier this year with the historics team.

Last time out at Monza, the LMP2 team finished on the podium, with the #32 crew of Ryan Cullen, Alex Brundle and Will Owen finishing third and the #22 team of Phil Hanson and Filipe Albuquerque finishing fourth. The LMP3 team also finished on the podium, with a third place for Garett Grist, Tommy Erdos and Wayne Boyd in the #2 Ligier JS P3. The #3 Ligier of Mike Guasch and Christian England fared less well as they lost time in the pits after starter motor failure. They recovered to finish 10th.

The Anglo American team will celebrate their 300th race start on Saturday evening as the flag drops for the ELMS night race at 18:30. Over 300 races, the team have scored 152 podiums, with 51 wins, 49 pole positions and six championship wins. In ELMS alone, the team have scored 12 wins, three pole positions, 28 podiums and two championship since they first entered the series in 2016.

“I’m really looking forward to the next round of the ELMS. I think the first two rounds have been very good considering we believe they are our weakest tracks. With four races left we are still in a good position to challenge for the championship. We have more points this year than we did at this stage in 2018 and we still came fourth so if anything, we can do better. We have done a couple of test days at Barcelona and we are generally quite confident with the pace we had when we tested a couple of months ago. I’m looking forward to it being a night race too, it will be an interesting dynamic to see the gaps between the different drivers, especially with the LMP3 cars in traffic, which I think can only help me as that’s one of the areas I can maybe improve time to other drivers. Our aim is to push for the podium that we haven’t quite managed to get this year yet.”

“I am looking forward to racing again in Barcelona. I have great memories from racing there in the past, winning in Formula 3 and Formula Renault 2.0. It will be my first time driving in the night at Barcelona but I think it will be the best for everyone because earlier in the day, it will be very hot. Regarding our performance, I can’t wait to drive there because we will go back to a high downforce configuration which makes us very competitive. The goal is to fight for the win.”

“I’m excited to get back to the ELMS season. Obviously at our last ELMS race at Monza, we had a podium so taking Le Mans out of things we have to keep that momentum going. Le Mans was a difficult race for us but it will be nice to get back into the swing of the ELMS season. The night race will make it exciting. It’s a new venue for me in a sports car. I haven’t driven a prototype round Barcelona, so it will be a case of getting up to speed and making sure we have the balance perfect. Then from there we will see how we get on.”

“Barcelona is a track I know well and racing into the dark makes this race something I am really looking forward too. I'm excited to see how the track is without much sunlight.”

“Barcelona is a totally new track for me. I have watched it on TV for a long time and I'm excited to try it in person. Being a night race will make traffic more difficult to manage and the key to the race will be making sure we keep our nose clean. After two and a half seasons with United I feel comfortable with the Ligier LMP2 and the series. That's a nice feeling to have when you are going to a track you don't know. Once again, I'm happy for this opportunity to run with Alex and Ryan. We make a good team and together we are figuring out how to nail the car setup every time.”

“I’m looking forward to Barcelona especially with it being a night race. It adds something new and exciting to an already great series and schedule. I think as a team we have been doing a great job so far this year and you could see that in Monza. If we didn’t have the flat tyre in Paul Ricard I think that would have been another great finish for us. We’ll work hard all week in Barcelona to give ourselves another great opportunity to gain more points in the championship.”

“It’s been a very long break since Monza. Though the guys at United Autosports have all been very busy with the Le Mans 24 Hours and various other events. For me it’s been exactly 10 years since I raced at Catalunya, in LMP2 in the Lola Mazda. We did not finish then, we only managed 82 laps so I am really looking forward to getting back to Catalunya after such a long time. I will certainly make good use of the track time to get myself dialled into the circuit again. As always, I will be well supported by the United Autosports crew and my co-drivers, Wayne Boyd and Garett Grist – both know the Ligier and the circuit really well. Barcelona should suit our car better as we are able to run more downforce without the drag penalty, certainly not as much as Paul Ricard and Monza, but the pit straight if I remember well is pretty long. The whole team is very focused on achieving another podium at Barcelona and keep scoring strong points. Of course, the win is very much on our radar. With only three races after Barcelona, every race counts.”

“I’m really excited to race at Barcelona. I’ve never raced there before but I did do a test in F3 there a few years ago, so at least I’m not going in blind. As for it being a night race, I’ve never raced at night before so it’s something I’m definitely looking forward to. Monza was a more promising round for us, getting a podium but we want more than that, we are aiming for the championship this year so hopefully Barcelona and the rest of the circuits that are still to come are going to suit us a bit better.”

“I’m looking forward to getting back in the car with Christian. It seems ages since the Monza race and we are looking to improve on our performance there. We had an issue with the car which left us in the pits for a long time, but I’m confident we can have a good race at Barcelona. Racing into the night will be a fun element to add in too.”

“I’m looking forward to getting back in the car at Barcelona as Monza now feels like a long time ago. I’ve never driven at Barcelona before but it’s a track that should be great fun to drive in an LMP3 car. Having a night race will add a nice twist to the weekend. Mike and I will be looking for a strong result at this track after suffering from some bad luck so far this season, I can’t wait to jump in the car again.”

“Coming off a great result at our last race at Le Mans I’m now very excited for our next adventure in Barcelona. This circuit is new to both Matt and I so it will be big challenge to get comfortable on what appears to be a very technical track. I know the team will have everything prepared perfectly so really I just need to put my head down and push hard in the heat. I’m glad we had the Asian Le Mans Series to get acclimatised to the high temperatures.”

“I’m looking forward to Barcelona. It’s quite rare these days that there’s a major European track I’ve never been to. I’m happy they included it on the calendar as it’s always good to go to new places. We’re arriving off the back of our best result of the year in Le Mans so we will be looking to keep that form going.”

“We’ve had our ups and downs so far this season. We had good speed and race ability at Monza even though mishaps cost us the result and we finished the first Le Mans race as the first Ligier even though a penalty cost us our position. The team has been fantastic and I look forward to the Barcelona race; should be caliente!”

“As a team we are coming off the Le Mans race with lots of momentum after our best finishes of the year. Rob has been learning a lot and improving at every race. Andrew (engineer) and Andrew (driver coach) have been doing a great job with him. Two races in one day for me will be a first and definitely tough but I’m ready for the challenge. Barcelona is a great addition to this year’s schedule. I think it will be a great track for passing and racing as well.”

“Getting twice the track time on a race weekend is really beneficial to me, not only learning the circuit but getting the set up of the car just right. I’m hoping we can be fighting in the top-10 once again in the Le Mans Cup race.”

“We had a good race last time out after a disappointing qualifying, but to get back up into the top-six was a really good result and hopefully Mike and I can build on that. Doing both series over one weekend is great for working out a suitable car set up, which also helps the team out. I’m looking forward to getting back in the car with Mike too. It seems ages since we raced together in Monza.”

“I’m looking forward to heading to Barcelona and seeing how the team get on. We had a good weekend at Monza last time out, so now we need to continue that good form and aim for more podiums throughout the weekend.”

“I’m interested to see how the night race goes for the ELMS guys. Obviously our LMP2 team are used to racing at night, but it will be a first for most of the drivers in our LMP3 team. The Le Mans Cup guys performed really well in the second race at Le Mans so hopefully they can cope with the mid afternoon heat at Barcelona and aim for top-five finishes at Barcelona.”