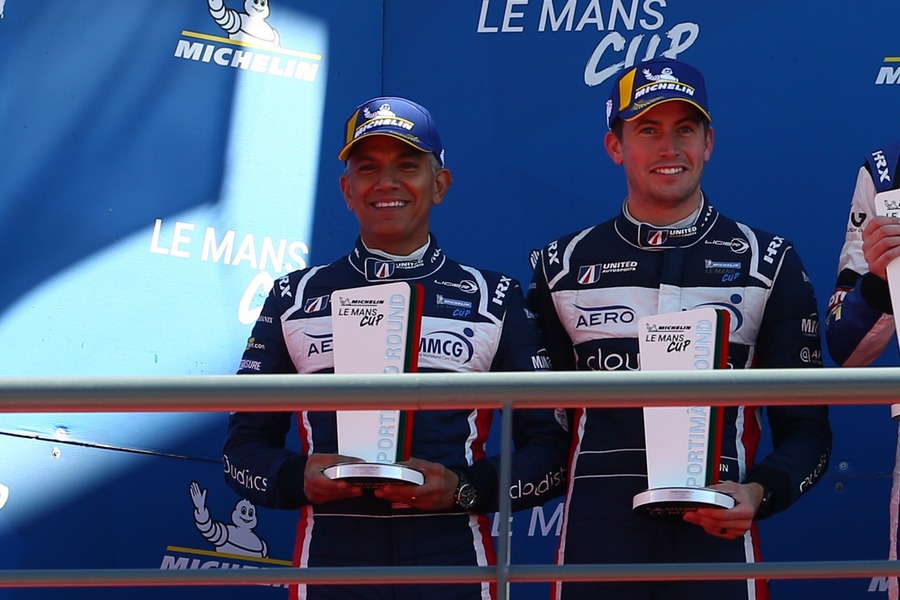 United Autosports have confirmed that Naj Husain and Colin Braun will return to the team for the 2019 Michelin Le Mans Cup.

The American duo first joined the team at the start of the 2018 season, scoring numerous top-ten finishes and ending the year on the podium with a second place at Portimao. The 2018 season was their first year racing in Europe and learning the tracks so the pair are heading into 2019 more confident with knowing the Ligier JS P3 and having some experience of the circuits the series visits.

Unfortunately, Colin will miss the first round at Paul Ricard, due to his IMSA racing commitments, meaning Naj will race alongside Wayne Boyd for the season opener.

The 2019 Michelin Le Mans Cup begins with the official prologue at Paul Ricard on 10 April, with the first round of the season held later that week on 12-13 April. The series then visits Monza (Italy), Le Mans (France), Barcelona (Spain), Spa (Belgium) and Portimao (Portugal).

Naj Husain, driver, United Autosports:
“I am very excited to be racing alongside Colin again in 2019, and with United Autosports. It will help that we already have experience of the majority of the circuits for this year as we had our best result last year at a circuit we tested at. We will work hard to achieve a great result in 2019 while enjoying the challenge.”

Colin Braun, driver, United Autosports:
“I am really excited to be back with Naj and United for the 2019 season. We had a great final race in Portimao at the end of last season and that was the only track we were able to test at before coming back for the race. So, I am really hopeful that in our second year at all these tracks we will really be able to put to use what we learned in 2018 and have strong results at all events. Naj and I both learned a lot over the course of 2018 and feel very prepared to run at the front in 2019. I really enjoyed the overall experience of racing with Naj and being in Europe.”

Zak Brown, Team Owner and Chairman, United Autosports:
“It will be great to have Naj and Colin back for the 2019 season. They finished on a high and will hopefully carry that into the first round at Paul Ricard next month.”

Richard Dean, Team Owner and Managing Director, United Autosports:
“It was great working with Naj and Colin last year so I’m really pleased they have agreed to return to the team for 2019. They had a podium at Portimao last year and they were unlucky with some of the results they had earlier in the year when running in good positions so hopefully now they know the majority of the tracks we can continue to fight for podiums throughout the year.”