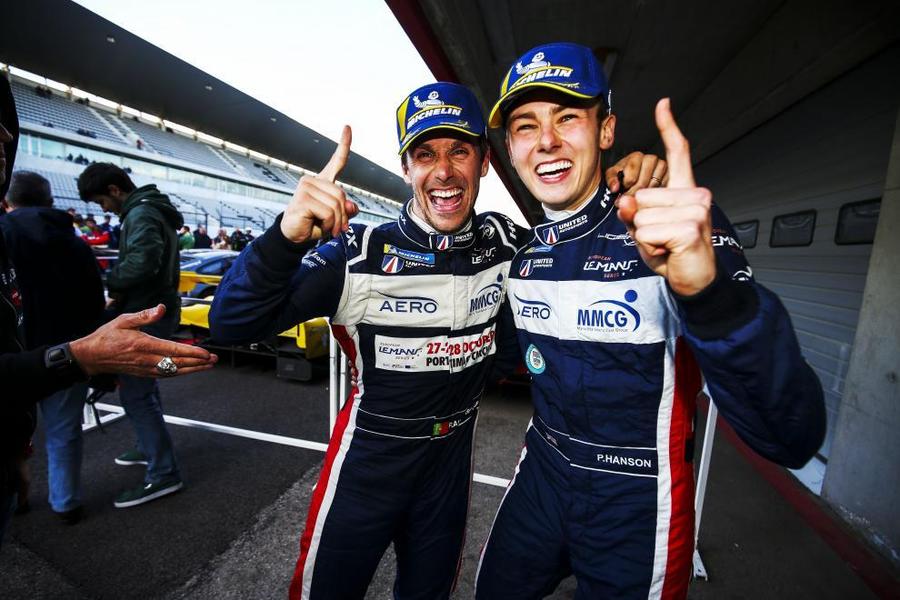 United Autosports have confirmed that they will enter the 2019/2020 FIA World Endurance Championship.

The Anglo American team will enter the world-wide race series for the first time with Phil Hanson and Filipe Albuquerque behind the wheel of the team’s Ligier JS P217.

Phil Hanson joined the team at the end of 2017 and has raced in the 2018 European Le Mans Series alongside Filipe Albuquerque, winning the final two races of the year. Phil also raced in selected rounds of the IMSA WeatherTech SportsCar Championship at Daytona, Sebring and Watkins Glen. He is currently racing for United Autosports in the Asian Le Mans Series and scored his maiden pole position at Fuji in only his second LMP2 qualifying attempt. Phil is leading the championship with two rounds to go.

United Autosports will be strengthening their relationship with Ligier Automotive by fielding a Ligier JS P217 in the FIA World Endurance Championship. The relationship with the French manufacturer began in 2016 as they entered the European Le Mans Series with a pair of Ligier JS P3s. Since then, the UK based team have become exclusive UK agents for Ligier Automotive and expanded into the LMP2 class with the new generation of Ligier LMP2 sports car – the Ligier JS P217. Further cementing their relationship with Ligier, they also chose to race the first generation Ligier LMP2 car in the 2018/2019 Asian Le Mans Series, as well as remaining committed to the French manufacturer during their debut IMSA season in 2018.

The FIA World Endurance Championship begins at Silverstone in August 2019 and will visit Fuji (Japan), Shanghai (China), Sakhir (Bahrain), Sao Paulo (Brazil), Sebring (USA) and Spa Francorchamps (Belgium), with the 2020 Le Mans 24 Hours acting as the final round of the season in June.

“I’m really excited to be doing FIA WEC. I think it’s the obvious next step for us, having done the ELMS, Asian Le Mans Series and selected rounds of IMSA, including Daytona. I’m looking forward to continuing with United too. They have nurtured me and helped my development as a driver significantly in the last year so I’m looking forward to continuing with the team in a very professional environment. I’m excited to be driving on new circuits too such as Sao Paulo and Bahrain. They have definitely been on my radar of circuits I’ve wanted to race at. Sao Paulo has a lot of history and I’ve never been to Brazil so it will be exciting. I’m really looking forward to racing on a truly global platform.”

“I’m super happy to be back in the FIA WEC, I feel I have unfinished business there. I finished P2 in 2016 in LMP2 so now with Phil Hanson and United I think we really have the package to win. It’s two years almost to the day that I met Zak and Richard and I could never believe our partnership would have got to this point. I’m excited to be racing in the 2019 ELMS and then going into the FIA WEC with them. It’s a good relationship we have together and we have been winning some races so why not continue and let’s see where we end up.”

“We are pleased to be able to announce our entry into the 2019/2020 FIA World Endurance Championship. It has been the aim for United Autosports to enter the world championship for a while, but everything needed to fall into place so we could do it at the right time. We feel that now is the right time. We have developed a great relationship with Phil and Filipe and they make a fantastic pairing. We are still working on the third driver but for now, we are excited for what 2019 brings.”

“It’s been no secret that we have been trying to put a deal together to race in the FIA World Endurance Championship for some time now. It has relied on a lot of factors fitting together but I think it is the perfect time for United Autosports to make the next step in sports car racing. We have two great drivers in Phil and Filipe. Filipe really has brought Phil on in only one year of working with him, so I’m confident that will only continue into the coming years. We have ultimate belief in Ligier Automotive and relish this opportunity to take on a world championship with their full support. The championship visits some fantastic circuits too – some we have been to before and some will be new to us, but I’m looking forward to the new challenge ahead.”

“This is a very good way to start 2019. We are really delighted to welcome a team of the calibre of United Autosports to the WEC, and are confident they will make a very positive contribution to the LMP2 category and to the championship as a whole. We know the team well from the European Le Mans Series and of course at Le Mans, and it’s very rewarding to see the progression they have made – and success they have attained – over the past few years. I am certain the whole WEC paddock will join me in welcoming United Autosports for the 2019-20 season.”