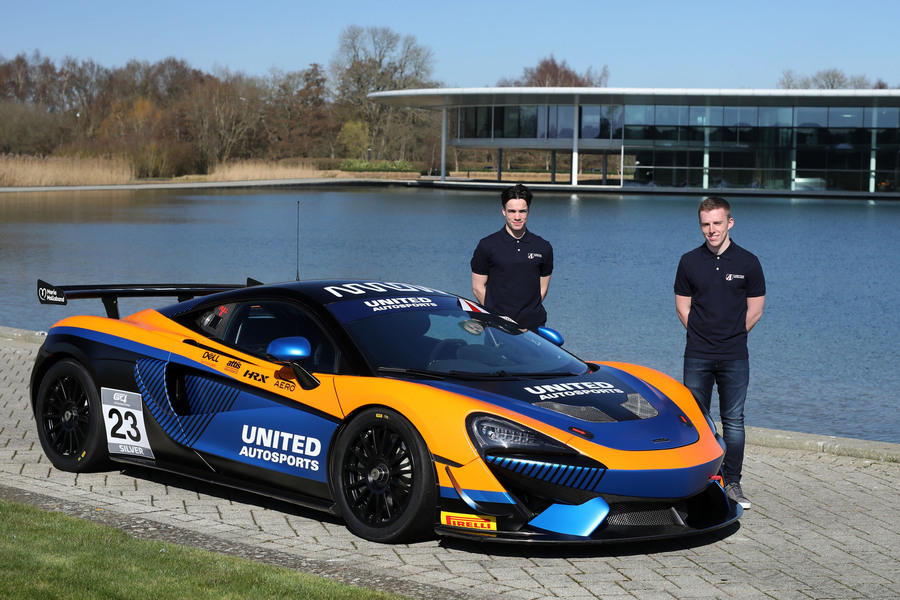 United Autosports are delighted to confirm that Gus Bowers and Dean Macdonald will join their GT4 team for 2021.

Dean Macdonald has a range of GT racing experience. He raced in the British GT3 Championship in 2020, after moving from the GT4 class where he finished third in the Driver’s Championship in 2019. Before moving into sports cars, Dean, who will be a driver coach for Pure McLaren this year, also won a number of high-profile karting championships.

Gus and Dean will be behind the wheel of the #32 McLaren 570s GT4 car, with the season due to start in Monza, Italy on 16-18 April. As announced on Wednesday, United Autosports #23 McLaren 570s GT4 car will be raced by Bailey Voisin and Charlie Fagg.

United Autosports have also taken delivery of a third brand new McLaren 570s GT4 car ahead of the start of the 2021 season.

"I’m so excited to be given the opportunity to join the United Autosports family and to be part of the team spearheading their first season in European GT4 with McLaren Racing. I feel that with the exceptional platform and professionalism that United Autosports bring to every race weekend, we can all hit the ground running, getting to know the European circuits and pushing hard from the front of the grid. My plan for continued growth and development as a racing driver and professional athlete requires exceptional, forward thinking and strategically aligned partners both on and off the track. My partners at Esports Players League and Alpha Bagel Corporation have provided fantastic support to date and are equally relishing the opportunity to be a significant part of my journey to race with United Autosports in Europe."

“I am really happy to be joining United Autosports for the GT4 European Series. I have followed United Autosports for a while now and I can’t wait to start working with them and try to have a successful year. They are a very impressive and professional team so hopefully we can challenge for race wins and the championship together.”

“Our GT4 team is now complete for 2021 and I couldn’t be happier with the two line ups. Both Gus and Dean have experience in a McLaren 570s GT4 car so we will be able to hit the ground running in Monza next month.”

“I’m delighted with our GT4 team and can’t wait to get to the first race to see how they get on. I’d like to take this opportunity to welcome Gus and Dean to the team and I’m looking forward to working with them and Charlie and Bailey as we head into our maiden season in GT4.”