Following on from their win at Spa, the team also won at Portimao. As well as scoring a win with car #22, car #32 also joined them on the podium, finishing third. The LMP3 team also finished third at the final round of the 2018 series.

After a tough start to the season, United Autosports’ luck turned around at Spa as they won the European Le Mans Series race in both the LMP2 and LMP3 classes. This is the third time the team have won both classes in the same race.

Juan Pablo Montoya, Hugo de Sadeleer and Will Owen brought home the #32 Ligier JS P217 third in the 2018 running of the Le Mans 24 Hours in only the team’s second attempt at the French endurance classic.

After a widely-publicised campaign, we brought Fernando Alonso to sports cars as we entered the Rolex 24 At Daytona. Fernando raced alongside Phil Hanson and Lando Norris, while Paul Di Resta and Bruno Senna joined the team for the first time, racing alongside Will Owen and Hugo de Sadeleer. We finished fourth with the Di Resta/Senna/Owen/de Sadeleer car, after both cars led at certain points during the race. 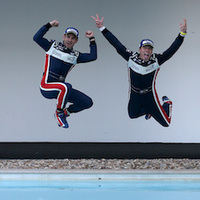 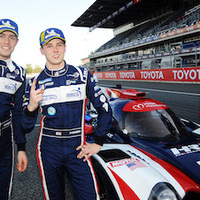