This car was campaigned by Vel’s Parnelli Jones Racing in 1974 and 1975 and raced by, amongst others, Mario Andretti, the future Formula One World Champion. 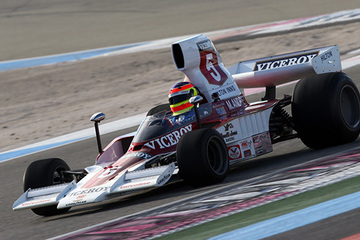