It made its racing debut at Symmons Plains, Tasmania in November 2010 and was only ever raced by three drivers in its time with HRT across three years.

This car is the last ever Holden Commodore to win the Bathurst 1000 for the legendary Holden Racing Team and is a true piece of Australian racing history. 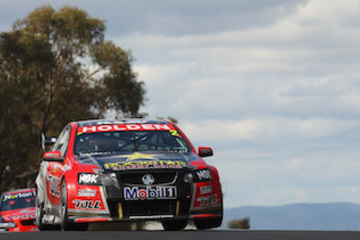