Mika Hakkinen, the World Champion in 1998 and 1999, raced this car in his final season in Formula One and used this chassis to win the British Grand Prix at Silverstone.

The MP4-16, which was powered by a three-litre Mercedes V10 engine won four times in 2001, twice each for Hakkinen and team-mate David Coulthard. 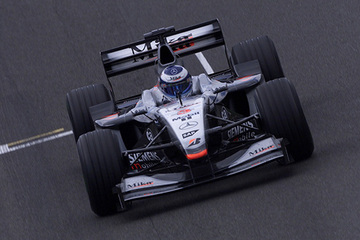