Raced by Jacques Villeneuve in the last eight rounds of the 1996 Formula One World Championship, this chassis scored three wins, two poles and gained a total of 46 points in 1996.

Williams were dominant in the 1996 season, winning the championship with Damon Hill and coming second with Villeneuve. 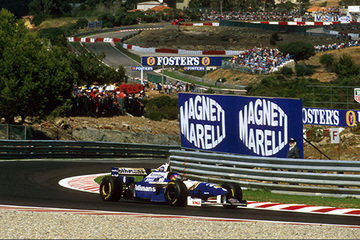