Danny Sullivan scored a win at Long Beach for Galles-Kraco Racing in the 1992 PPG Indy Car World Series in this car.

Galmer was an American racecar manufacturer that built cars between 1992-3 in CART competition and the Indianapolis 500.

The cars were commissioned by the Galles Racing team. Although they were an American-based effort, the cars were actually assembled at the Galmer Engineering shop in Bicester, England. 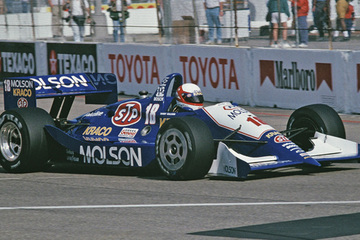