This chassis (002) was raced by Emerson Fittipaldi. It won the Indy 500 and was also victorious that season in Detroit, Cleveland and Nazareth.

Three other top-six finishes in this car, including another podium, helped earned the Brazilian the 1989 CART PPG Indy Car World Series title. 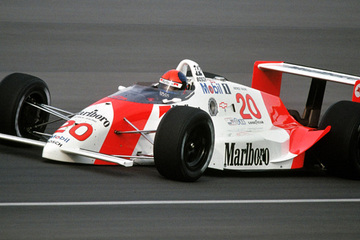