The FW11B was driven by Nigel Mansell when he came second in the 1987 World Drivers’ Championship in a season completely dominated by the Williams team.

The title was won by Mansell’s team-mate, Nelson Piquet, who only scored three wins to the Englishman’s six, three of which, as well as five pole positions, were with this car. 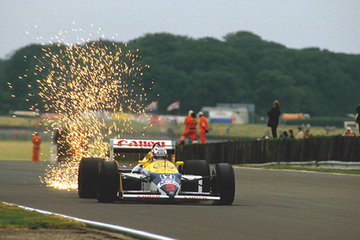