This Italian-built Birel kart was driven by former Formula One World Champion, Mika Hakkinen in the Formula A 135cc class of the Finnish Karting Championship and the overseas Formula K series.

Hakkinen won his fourth karting championship with this kart in 1986, after winning his first ever junior karting race 11 years earlier. 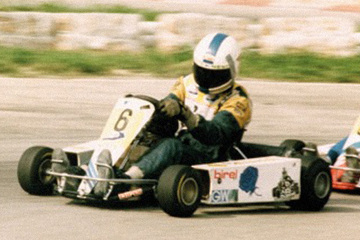