This car was raced in the SCCA Trans-Am series as both a Ford Capri and a Mustang by Willy T. Ribbs.

Ribbs scored seven victories in 1985. In 1986, Scott Pruett won the IMSO GTO Championship in this car. 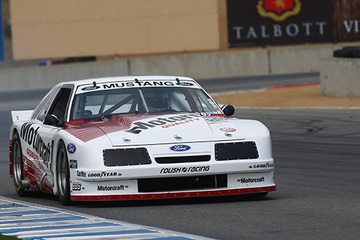