Ayrton Senna raced this kart in the 1981 World Championship in Parma and finished fourth.

The great Brazilian had already started his career in cars and was competing in Britain in Formula Ford 1600, but made a final return to karting in an attempt to win a title that had always eluded him. 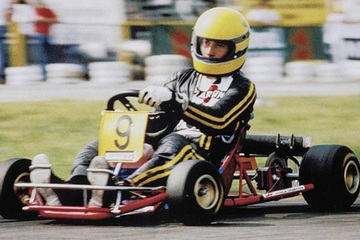