Alan Jones won the 1980 Formula One World Championship, the first for the Williams team, scoring five wins, two of which (France and Britain) were with this chassis. It also won the non-championship race in Spain. 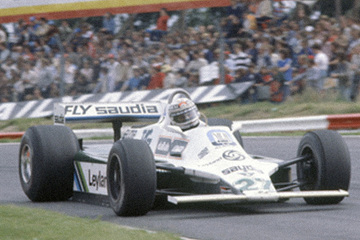