Built for the 1977 season by the Walter Wolf Racing team. The WR1, the first of four examples of the car produced, was driven exclusively by South African future 1979 World Champion Jody Scheckter.

The team's first self-constructed car made an instant impression when Scheckter won on its début at the 1977 Argentine Grand Prix.

He went on to win two additional races, the prestigious Monaco GP and the team's “home” race in Canada, Jody eventually finishing the season second in the Driver’s standings. The WR1 raced in 10 of the 17 races that season recording eight podiums. 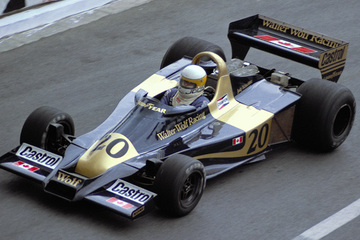