With his familiar Wrangler Jeans colours, Dale won multiple events at Caraway, Daytona, Rockingham and Charlotte with this vehicle as a Ventura in 1982 and 1983. 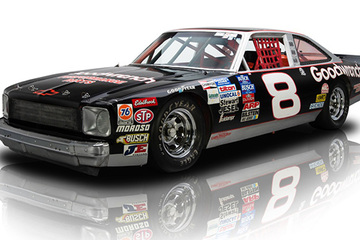