This car was driven by Jackie Stewart in the 1970 Formula One World Championship. It won the Spanish Grand Prix and scored three pole positions and two further podium places in the six races he entered with this car.

The defending Formula One World Champion led every race he entered, retiring twice with mechanical problems while in the lead.

The 701 was March’s first Formula One-designed car and was powered by a Cosworth DFV V8 engine. This car also won the 1970 Race of Champions. 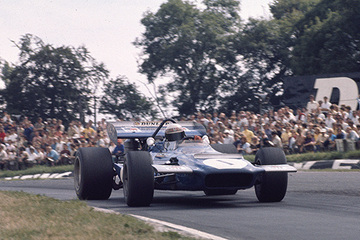