We finished 2019 in the best way possible, by winning our first World Championship race. Phil Hanson and Paul Di Resta had put our Oreca 07 on pole position and we ran a relatively trouble free race leading 242 laps  - the most ever in WEC by an LMP2 winner outside the Le Mans 24 Hours, and the second highest in overall class history. That result sent us soaring up the championship standings to second. Only three points behind the leader.

Not only did we finish second at Portimao with our LMP2 team, but our LMP3 team also finished the year on the podium with a second place finish for the #2 crew. They finished third on the road, but were promoted to second after post-race checks.

We continued our run of LMP2 pole positions at Portimao as Filipe Albuquerque clinched pole at his home race. We ultimately finished second in the race.

After a disappointing debut race for our Oreca at Silverstone, we made up for it at Spa as the #22 crew of Phil Hanson and Filipe Albuquerque dominated the weekend finishing fastest in both practice sessions as well as scoring our first pole position of the year and winning the race. Phil also scored the fastest lap of the race too.

Our third consecutive LMP3 podium came at Silverstone for the #2 crew.

Our second LMP3 podium of 2019 came at Barcelona as the #2 crew of Tommy, Wayne and Garett crossed the line third once again.

We finished third in the Michelin Le Mans Cup race at Barcelona with Mike Guasch and Wayne Boyd. The pair drove a fantastic race over the two hours to get our first MLMC podium of 2019.

We continued our run of top-five finishes at Le Mans in 2019 as the #22 crew finished fourth in the 24-hour race. Phil Hanson, Filipe Albuquerque and Paul Di Resta battled hard to bring the Ligier JS P217 home in fourth place.

Not only did our LMP2 team finish on the podium at Monza, but our LMP3 team also finished third in Italy. This started a run of three consecutive podiums for the #2 crew of Wayne Boyd, Tommy Erdos and Garett Grist.

Our LMP2 team scored their first ELMS podium of 2019 at Monza as the #32 crew of Alex Brundle, Will Owen and Ryan Cullen finished third in Italy. 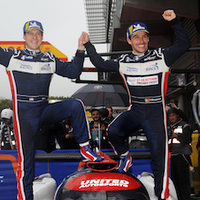 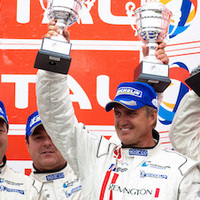